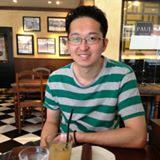 The company's flagship handset, the HTC 10, is apparently not selling well.

T-Mobile has decided to dump the device after just two months on the market.

T-Mobile hasn't come out and ended sales officially, but the HTC 10 is no longer available from T-Mobile online.

The phone used to live on T-Mobile's website at http://www.t-mobile.com/cell-phones/htc-10.html, but that link now redirects to a generic HTC page that only shows the HTC Desire 530.

A Reddit thread notes that the HTC 10 vanished from T-Mobile's site in July, which gives it a shelf life of just two months.

TmoNews says it was originally told that the 10's disappearance was "a glitch" and that the phones would be back.