The Story Behind The Perfect Photo Of Olympic Pain 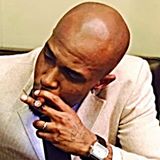 Photographer David Burnett was stationed directly across from the action and squeezed off a series of pictures that that led to the worst moment of Decker s career.

He shot the requisite pictures of high school and college sports, not to mention racing at the nearby Bonneville Flats drag strip, and admired the work of John G. Zimmerman and George Silk, two of the premier sports shooters of the 1950s and 1960s, back when glossy, well-financed magazines like Sports Illustrated encouraged their photographers to experiment creatively.

They were the first privately financed Olympics, with the entire risk assumed by the newly created Los Angeles Olympic Organizing Committee and the U.S. Olympic Committee.

Kodak used the photograph of Decker s triumph over Zaytseva — and the latter s desperate faceplant at the tape — in an advertisement with a tagline that would prove prescient in Los Angeles: A single hairsbreadth can separate triumph from tragedy.

Robbie Kromer
Related Articles
WHO TO FOLLOW
MORE FROM AUTHOR