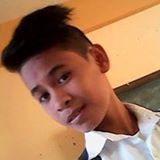 Nvidia has announced a new variant of their GeForce GTX 1060 graphics card today, which features half the VRAM and a slight reduction in CUDA core count.

Normally when lower-capacity variants of a graphics card are released, the only change is the reduction in VRAM.

The GTX 1060 3GB does see a cut in GDDR5 frame buffer from 6 GB to 3 GB on the same 192-bit bus, but Nvidia has also disabled one of the ten SMs in the GP106 GPU for this model, which introduces a new core configuration under the GTX 1060 name.

Clock speeds remain unchanged, at 1506 MHz with a boost to 1709 MHz, though rated compute performance decreases by 11 percent from 4.4 to 3.9 TFLOPs .

Steven Jones
Related Articles
WHO TO FOLLOW
MORE FROM AUTHOR