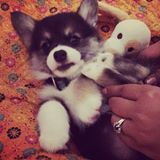 Shooting with a neutral density filter is often a necessity for videographers as well as for many still techniques such as long exposures, but the problem is that ND filters — even the high-end ones — can often distort colors and cut clarity.

That s an issue that a new filter from the lensmaker SLR Magic is aiming to solve.

The SLR Magic Image Enhancer Pro IE Pro helps correct color shift caused by using a neutral density filter as well as the shift that occurs on several types of cinema camera sensors even with a bare lens.

Released last week, the new filter eliminates the extreme ends of the light spectrum so that the light passing through to the camera s sensor is only light that s detectable to the human eye.

The issue is most noticeable on black shades that aren t truly black as well as across skin tones.

While both UV and IR filters are used to correct similar color shifts, SLR Magic says that those filters also cut out the red spectrum, which creates that blacker black but also leads to unnatural skin tones.