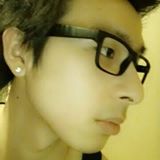 If you didn t already know it, SpaceX has an ambitious plan to create a reusable rocket system in a bid to drastically reduce the cost of future space missions.

While it s already been busy successfully landing rockets on land and at sea, it hasn t actually gotten around to sending any of them skyward for a second time.

Intent on proving its reusable rockets really are reusable, Elon Musk s private space company has teamed up with satellite operator SES for a mission that ll see the SES-10 satellite sent into orbit on a used Falcon 9 rocket.

Scheduled for launch some time between October and the end of the year, the SES-10 will be the first-ever satellite to launch on a SpaceX flight-proven rocket booster, Luxembourg-based SES said in a release.

If all goes according to plan, the satellite will be placed in a geostationary orbit and serve to expand SES s capabilities across Latin America.