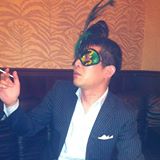 David Haase, a former employee of the beleaguered San Francisco-based firm Rothenberg Ventures Management Co. RVM , is suing the firm and its founder, Mike Rothenberg, saying he was asked to run up $109,352.20 in business expenses on charges on an American Express at the direction of Rothenberg and never repaid for that amount.

In his lawsuit, filed early last month in San Francisco, Haase says he joined Rothenberg Ventures in April of this year and tasked with providing various services of a Chief Financial Office for RVM, while also doing working behalf of the company s affiliated businesses, including its four-year-old venture arm, Rothenberg Ventures, and its small but growing virtual reality production house, River Studios, founded in May 2015.

Part of those expenses included payroll, according to sources close to the firm.

It goes so far as to allege Rothenberg of treating such accounts as personal accounts, to such an extent that such business entities were in fact his alter ego.

None has responded thus far to requests for comment.

While one might wonder why Haase who would open an American Express card in his own name on behalf of RVM — particularly given that he d joined the firm just one month earlier — sources suggest Haase had known Rothenberg through mutual friends at Stanford, where Rothenberg was nabbing his undergraduate and M.S.