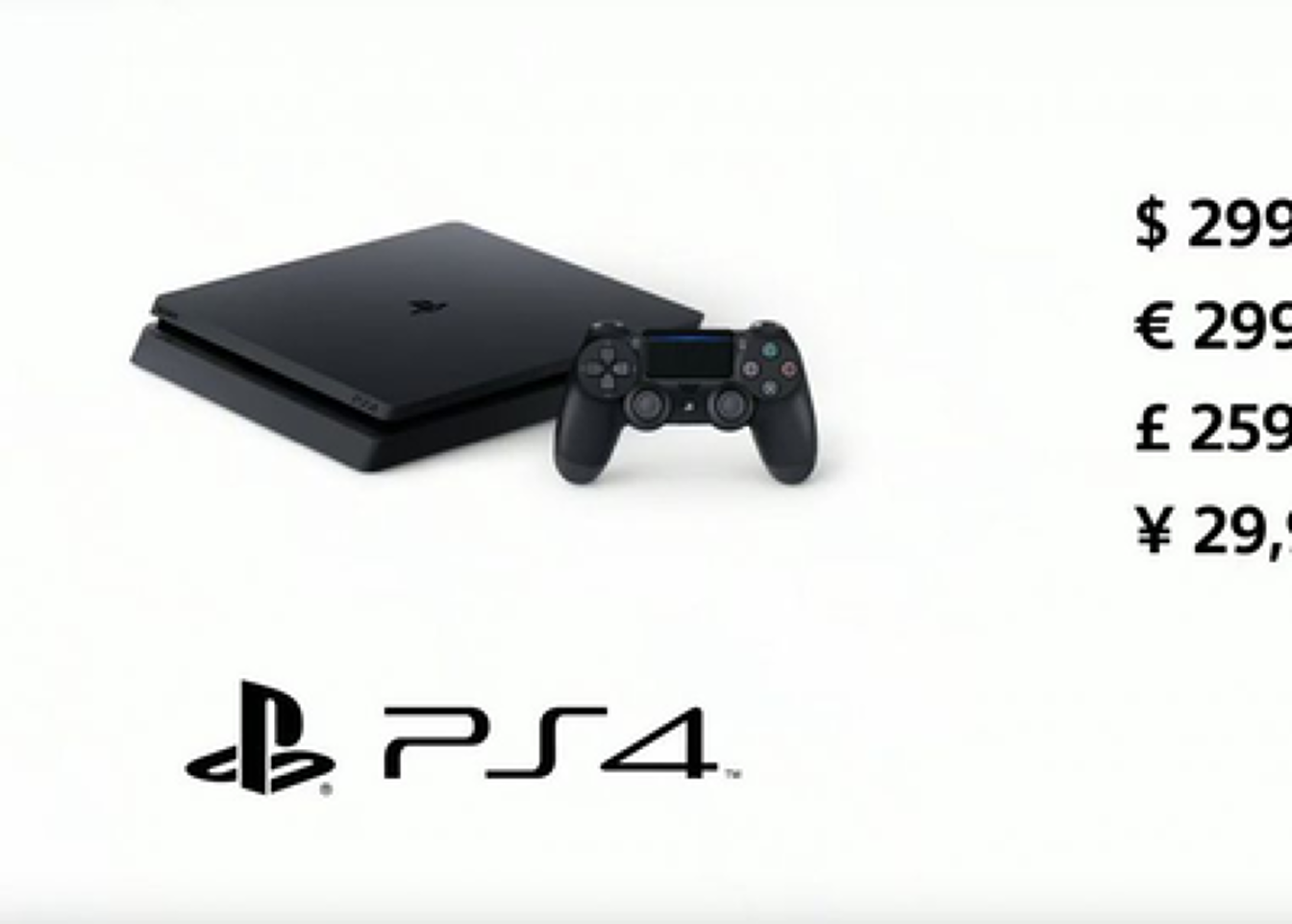 The PS4 is now the PS4 Slim, a trimmed-down version of the console that Sony is positioning below the new PS4 Pro.

The electronics giant made the announcement at its PlayStation Meeting event in New York City today.

If this is all a little confusing, we know, but here's the gist: from here on in, the standard PS4 is a 'Slim' version that's about 30% smaller than the original hardware.

All the internals are the same – it's the package that's shrunk.