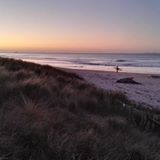 It sounds like the plot of a half-baked stoner movie screenplay, but it's actually happening: Google boss company Alphabet and Mexican food chain Chipotle have become the flying burrito brothers under a delivery-by-drone plan that will first target the Virginia Polytechnic Institute and State University Virginia Tech .

Alphabet has been tinkering with drones for a while as part of its Project Wing plan to have drones hover and drop payloads on a winch.

Those new rules mean that Alphabet and Chipotle have devised a recipe whereby the latter will prepare tasty treats in a food truck and the former will transport them to hungry students at Virginia Tech.

Drones will hover above customers, who will need to thrust their hands into the sky to retrieve the burritos as they descend on the end of a winched tether.

Bloomberg reports the University is one of half a dozen test sites Alphabet has secured for the largest-scale urban drone test to date.