TAB090: Doing your own Public Relations with Christopher Lombardo 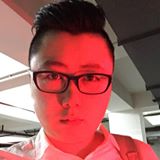 When I first scheduled the interview with Chris, our intent was to focus on the differences in the publication process between large press, self-publishing and publishing traditionally through a small press.

He s made appearances on Global National TV, CBC Newsworld TV, CBC Radio and is a co-founder of Really Awful Movies, a website and podcast that celebrates the very best of low budget cinema.

His first book, The Man Who Scared a Shark to Death and other true tales of drunken debauchery , was traditionally published by a large publishing house and he had access to the kind of professional public relations help that landed some significant national press.

He second book, Tastes Like Human: The Shark Guys Book of Bitingly Funny Lists, was self-published, and he used what he learned from his traditional experience to do public relations for the second book.

The third book, Death by Umbrella!

The 100 Weirdest Horror Movie Weapons, was traditionally published in April, by BearManor Media, a small niche press that describes themselves as A small publisher of BIG books about the entertainment of bygone years.