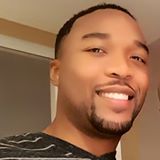 View photosMoreThis frame grab from a cellphone shows an emergency alert along with a news alert on Monday, Sept. 19, 2016, about a man wanted in connection with explosions in the New York City metropolitan area.

The Associated Press takes a look at these wireless emergency alerts and how they work.

Other devices were found in the New York City area but caused no injuries.

Police had him in custody later Monday, after a New Jersey bar owner reported a person asleep in the bar's doorway.

According to the Federal Communications Commission, these text-like messages let cellphone users in a particular area receive notices about what are deemed critical emergencies.

Messages can be about weather threats, Amber alerts for missing children or emergencies like a chemical spill.