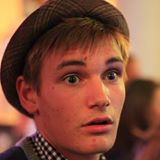 The deal represents part of a multi-layered partnership in the urban mobility realm, according to a statement released by the company.Didi Chuxing was born in early 2015 as the result of a merger between local rivals Didi Dache and Kuaidi Dache.

Similar to Uber, it offers smartphone-based car services such as carpooling, taxis, and premium cars with drivers.

Didi is the market leader in China by some distance, a fact that ultimately led Uber to merge its Chinese operations with Didi in a $35 billion deal just a few months back.

This followed a gargantuan funding round by Didi, which saw Apple contribute $1 billion to the total $7.3 billion pot.At the other end of the technology spectrum, Ofo has been doing something similar to Didi — but for bicycles —  since 2014.

Ofo originally launched on the campus at Peking University as part of a student project, and it follows the access over ownership model of many other sharing-economy companies.

Larry Johnson
Related Articles
WHO TO FOLLOW
MORE FROM AUTHOR