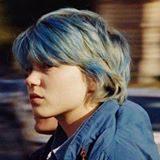 Electric car pioneer Tesla has updated its website to reflect a change in delivery estimates for its potentially-groundbreaking Model 3 sedan.

The change, first spotted by Kyle Russell on Twitter, tells potential new customers they can expect the order to be fulfilled in mid-2018 or beyond.

Tesla has confirmed via TechCrunch that the change in semantics only applies to new customers.

Delivery estimates for existing customers remain unchanged, meaning some early birds will still be driving the Model 3 before the end of 2017.