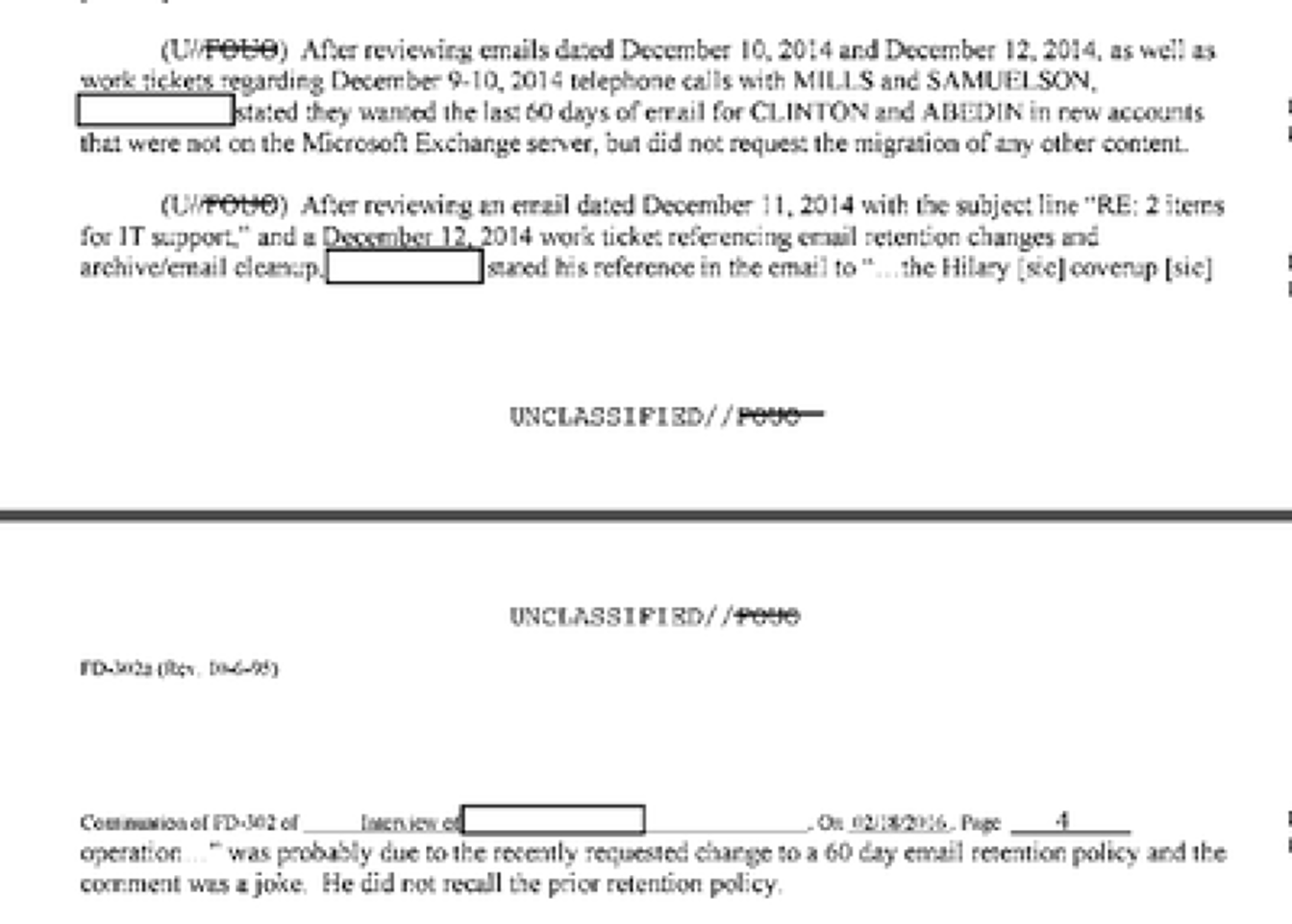 Yesterday, the FBI posted a redacted interview report PDF that sheds more light on what Paul Combetta was trying to do when he turned to Reddit for help modifying an archive of Hillary Clinton's e-mails.

Combetta is the technician contracted to provide support for the hosted mail server used by former Secretary of State Hillary Clinton.

The report also reveals that Combetta had mentioned a "Hilary sic coverup sic " in an e-mail thread.

Combetta's name is redacted from the interviews, but the interviews match up with other information now public about his conversations with the FBI.

The interviews, which took place on Feb. 18 at the offices of Platte River Networks in Denver, covered much of the support work Combetta did on the Exchange e-mail server to help users with archived messages—including a July 2014 export of all Clinton messages to .gov addresses.

The export was requested by Cheryl Mills, Clinton's former chief of staff at the State Department.