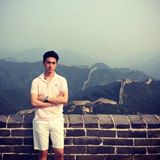 The report also confirmed rumors that the microblogging platform would be laying off nearly a tenth of its global workforce, or just over 300 employees.

A brief note published on Medium shortly after revealed that one of the departments hit hardest by the layoffs is the Vine team.

In fact, the entire division is getting the axe.

Twitter said that in the coming months, it will be discontinuing the Vine mobile app.

There s no reason to fret today, we re told, as the team promised to handle the closing the right way by providing users with the ability to access and download their Vines.