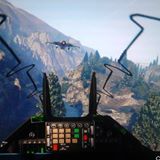 Ottawa-based WiLAN Inc., which earns revenue by licensing its patents, filed a suit against Sony last week in a court in the eastern Chinese city of Nanjing, alleging that the Japanese company s smartphones violated its wireless-communication-technology patent, according to the filing reviewed by The Wall Street Journal.

In China, lawsuits are less time-consuming and less costly than in the U.S. and the country s courts have developed rapidly over the past several years.

While China accounts for a small part of Sony s revenue, the Tokyo-based company makes many of its electronic products, including batteries, smartphones and television sets, in the country.

A Sony spokeswoman declined to comment on the lawsuit, saying that the company can t discuss a continuing legal dispute.

WiLAN s lawsuit, filed through its subsidiary, alleges that some of Sony s smartphones have infringed on a patent related to the fourth-generation wireless-network-technology standard known as long-term evolution, or LTE.