Erdogan threatens Europe: "If you continue in this way, the border gate opened" 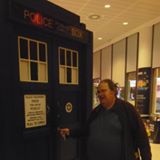 "we feed 3-3,5 million refugees in our country.

If you continue like this, the border gate opened", Erdogan thunder on Friday.

Also a number of national level politicians from across Europe have suggested Turkey's membership negotiations on freezing.