Lucky find offers our first look at a dinosaur tail, complete with feathers 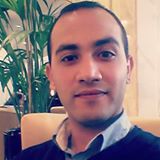 As an adult it would have been about the size of an ostrich, but this juvenile was still tiny enough to get trapped in tree sap and never escape.

After Xing convinced the Dexu Institute of Paleontology to buy the amber, he and an international group of colleagues in China, England, and Canada examined it closely, using a number of imaging techniques that allowed them to generate 3-D reconstructions of the tail structure.

Xing worked on imaging the tail with Ryan McKellar of the Royal Saskatchewan Museum in Canada.

In a statement, McKellar confirmed it is unmistakably a dinosaur: "We can be sure of the source because the vertebrae are not fused into a rod or pygostyle as in modern birds and their closest relatives.

Chemical analysis of the remains also showed traces of iron, meaning that it probably contained hemoglobin when the dinosaur was alive.