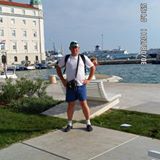 Every time an electric luxury car debuts, it s automatically billed as some sort of Tesla fighter.

Few actually live up to that moniker though, at least until now.

After weeks of teasing, Lucid Motors formerly Atieva finally took the wraps off the Air EV, and the brand did so in Tesla s backyard of Freemont, California.

The reveal event gave us our first unobstructed view of the vehicle in the metal, as well as a list of specs that should be eye-opening to even the most close-minded EV critics.

That s more power and range than you get in the flagship Model S P100D, and with a 0-to-60 time of 2.5 seconds, the Air is neck-and-neck with its rival in terms of full-throttle starts.

Paul Kliebert
Related Articles
WHO TO FOLLOW
MORE FROM AUTHOR