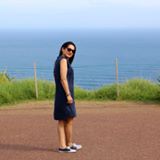 An Illinois law is proving a thorn in Facebook s side as a class action lawsuit, alleging mishandling of biometric information, moves toward trial.

Separate suits have been filed against Shutterfly, Snapchat and Google.

The Shutterfly suit was settled, and Snapchat s sent to arbitration.

The Google case is technically ongoing, but the company argues that analysis of digital photos doesn t count as biometric data, nor could an Illinois law prevent a California company from performing such analysis outside Illinois.

And as for the idea that a scan must take place in person, he called that interpretation cramped and noted that the law itself is so worded as to potentially include such emerging methods as bulk digital analysis.

The amendment was never adopted, but we intend to look into it nevertheless, as its changes would have been suspiciously beneficial to the companies under threat from the law as it stands — and who claimed to not be subject to it anyway.