HTC U Ultra and HTC U Play: Our First Take 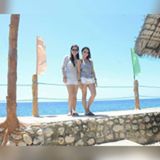 The humble HTC 10 has been largely overshadowed by competitors like Samsung s Galaxy S7, but this spring, HTC has set its sights on recapturing some momentum with two new phones: the HTC U Ultra, and HTC U Play.

Both phones will come out in early 2017, which we think means around early March or late February.

These phones represent a new philosophy, or a cheesy new branding, at least.

Branding aside though, the first thing U are going to notice is the unique finish on these phones.

HTC calls this glass liquid surface, but the technical word for it is Optical Spectrum Hybrid Deposition, and HTC says it has worked on the technique for more than two years.