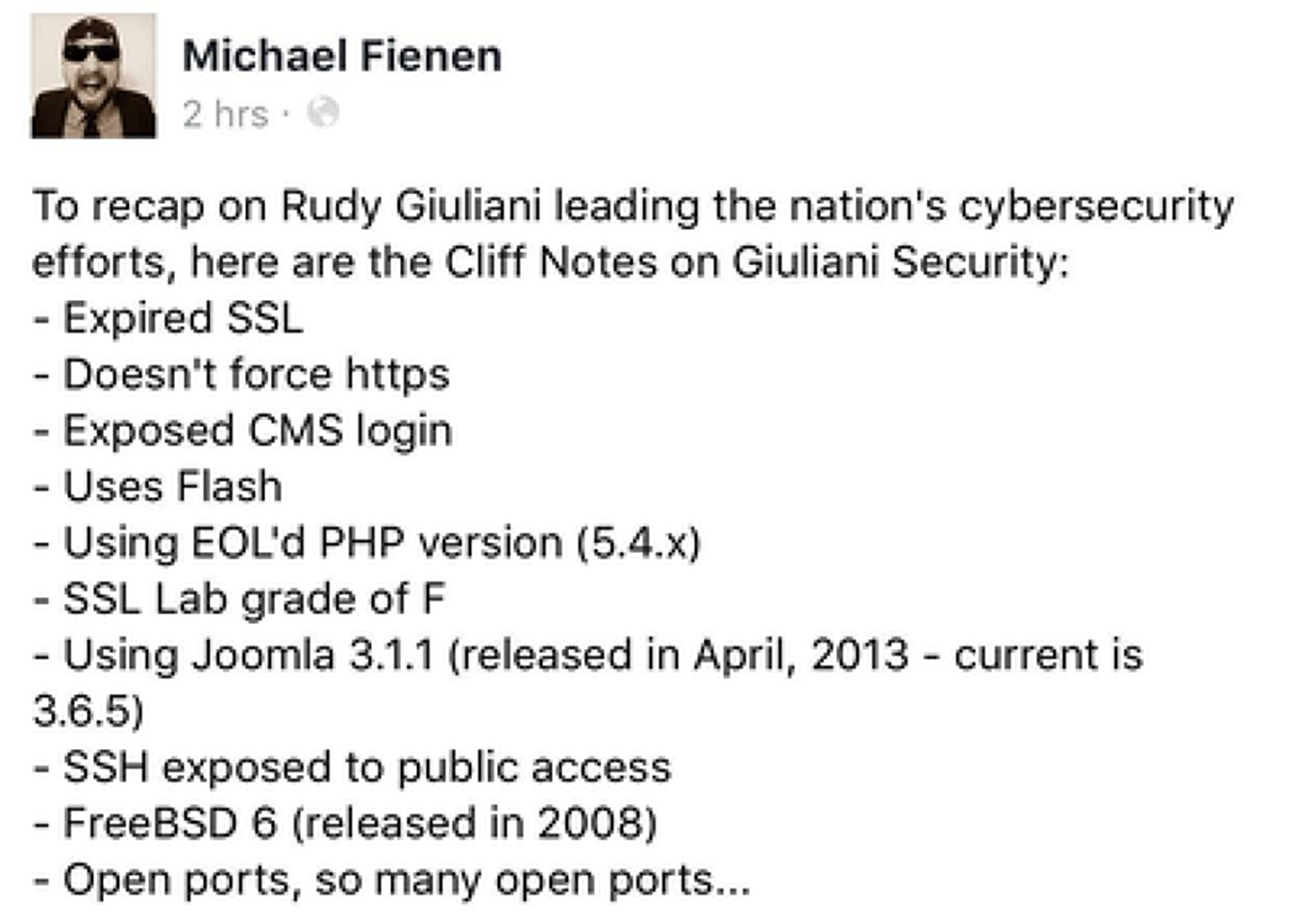 This seemingly insecure system also has a surprising number of network ports open – from MySQL and anonymous LDAP to a very out-of-date OpenSSH 4.7 that was released in 2007.

Top hacker Dan Tentler was first to point out the severely out-of-date Joomla!

"It speaks volumes," Tentler told The Register, referring to Giuliani's computer security credentials, or lack of, and fitness for the top post.

"Seventy-year-old luddite autocrats who often brag about not using technology are somehow put in charge of technology: it's like setting our country on fire and giving every extranational hacker a roman candle – or, rather, not setting on fire, but dousing in gasoline."