Trump wants to see the Iphone-manufacturing in the united states 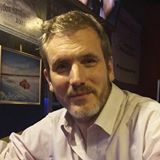 On Friday, it is time for Donald Trump to succeed Barack Obama as the american president, something that will involve a lot of changes, even for electronics companies like Apple.

Recently met Donald Trump and Apple ceo Tim Cook and on the agenda were, among other things, the possibility to start making products like the Iphone in the united states.

According to a summary from the site Axios shall Cook have said to Trump that he is looking at the proposal with open eyes and that it can be something big in the pipeline .

In this context it can be mentioned that Apple's suppliers Foxconn, Pegatron and TSMC lately has expressed interest to expand operations in the united states.