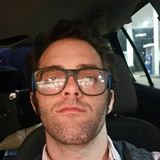 An alleged computer hacker has claimed all public kiosks used by UK railway operator Southern Rail are susceptible to cyberattacks, asserting the problems could be used to wreak havoc on its wider networks and even gain access to corporate information.

According to SC Magazine, the hacker, who tweets under the name @vonsenger, said the issues were first reported to Southern Rail in November last year.

But as recent as this week 16 February he posted screenshots online purporting to show the existing bug.

"The concern is that the machine not only allows privileged access but it could be used as a bounce point for further attacks."

He also claimed: "Given time I could install tools or access telnet to try and access deeper parts of the network or even "footprint" the organisation.

In a statement to IBTimes UK, a Southern Rail spokesperson said: "There is no personal or confidential information held on these information kiosks, which merely give access to websites allowing our passengers to plan their journeys and check other information.