Emissions from road traffic have decreased 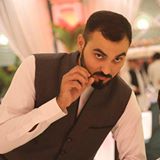 carbon dioxide Emissions from road traffic in Sweden fell by five per cent in 2016, compared with the year before, according to the Swedish transport agency's preliminary figures.

The total reduction is the equivalent of 940 000 tonnes of carbon dioxide – and in spite of the fact that road traffic increased during the same period.

Development can largely be explained by the fact that it has become more common to diesel fuel blended with biofuels.

But the rate of decline is not sufficient for Sweden to reach the goal of a 70% reduction of emissions of greenhouse gases by 2030, according to the Swedish transport administration.

It is gratifying to reduce emissions, but it is too slow to reach the government's target.

Therefore, the necessary powerful instruments to mainly get a quick electrification and improving the efficiency of transport , " says Sven Hunhammar, måldirektör at the Dmv in a press release.