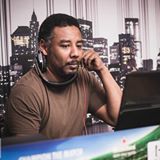 Architect proudly displays work for EPO president, gets told to take it down

Pics Very few people have seen the 10th floor of the European Patent Office's ISAR building in Munich since it's been renovated – and for good reason.

Although hundreds of staff once worked on that floor, EPO president Benoit Battistelli decided that – at the same time the patent office budgeted €205m to construct an entirely new building in the Hague – he would turn the top floor of the ISAR building into his own private office.

But thanks to new pictures of the penthouse on the architect's website, recently noticed by eagle-eyed EPO staff, it is likely to have stretched into millions of euros.

"A grand palace for King Battistelli," one staffer remarked on the pictures, using a common nickname for the man whose behavior is increasingly more like a 17th-century monarch than the administrator of an international organization.

Soon after the EPO's management became aware of the penthouse pics, however, they disappeared from the architect's website.