Amazon, Microsoft, and Google want to own the Cloud 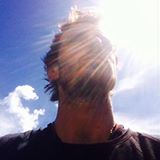 The growth of software as a service (SaaS) was started and fueled by enterprises seeking ways to deliver tools over large networks.

This industry is not only growing, but it is also evolving to include more than just SaaS.

According to the Wall Street Journal, the combined capital expenditures for the big three were $31.54 billion in 2016, which is 22 percent higher than investments from 2015.

A substantial portion of these costs has gone into server farms.

An investment of this size would obviously have a proportionately high ROI (return on investment), and according to the Wall Street Journal, it does.

Software as a service is evolving into what is being called, “hyperscale computing.” It is not just software in the cloud that businesses are looking for anymore.