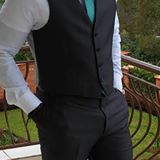 Facebook users can scroll through 360 photos and videos but Facebook is working on the tech to allow you to move in any direction within the footage.

Facebook is looking to “establish a creative norm” by engineering its own 360 cameras to put in the hands of professional filmmakers.

On Wednesday, during the annual F8 conference, the company introduced the Surround 360 x24 and x6, both 360 cameras named for the number of lenses in its sphere-shaped body.

Unlike the social media platform’s last 360 experiment, the latest cameras use six degrees of freedom (6DoF) which means users can move through the footage.

The 6DoF experience allows viewers to do more than just pan through footage from side to side, but to move forward and backward as well as up, down, left and right.

“One of the reasons we want high-end creatives to use [the camera] is to teach the rest of the world how to use it,” Facebook Engineering Director Brian Cabral told Venture Beat.