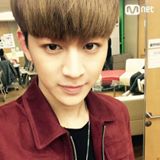 (Reuters) — Digital currency bitcoin on Friday averted a split into two currencies after its network supported an upgrade to its software that would enhance its ability to process an increasing number of transactions.

Bitcoin’s miners have signaled their support for the so-called Bitcoin Improvement Proposal (BIP) 91, avoiding a split of bitcoin into two blockchains.

BIP 91 is the first step toward a larger effort to upgrade bitcoin through a software called SegWit2x.

On Friday, the support for BIP 91 reached nearly 100 percent, exceeding the required threshold of 80 percent, according to analysts and market participants.