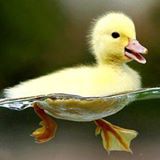 The June cyberattack that paralysed computer systems in companies around the world is estimated to have cost the world's biggest container shipping line between $200m (£155m) and $300m, AP Moller-Maersk said Wednesday (16 August).

The Copenhagen-based group, which was particularly severely affected by the attack, says the impact will first be reflected in its third quarter results as revenue was mainly lost in July.

The conglomerate, also known as Maersk, says the 27 June malware attack was distributed through Ukrainian accounting software with backdoors into the networks of users.

It was contained the following day.

"In the last week of the quarter we were hit by a cyberattack, which mainly impacted Maersk Line, APM Terminals and Damco.

Business volumes were negatively affected for a couple of weeks in July," CEO Soeren Skou said in a statement.