The state of the brand crackdown on media transparency 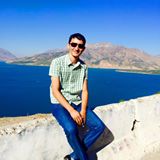 However, it would seem that those same advertisers are now taking on more of the media-management tasks they previously assigned to agencies.

From Heineken building its own ad network to Diageo assembling its own trusted marketplace of media owners, big-name advertisers are getting wiser to what’s happening to their budgets online.

More than 6 in 10 (65 percent) brands have improved their understanding of the issues surrounding media transparency over the last year with moves such as hiring a head of programmatic, according to a poll of 35 multinational companies the World Federation of Advertisers (WFA) conducted in May.

Fifty-five percent of advertisers are limiting the number of ads they buy on open ad exchanges, according to the same study.

A quarter (24 percent) of advertisers have taken greater contractual control of programmatic via a hybrid model like the one Volkswagen is building following a media review.

A further 41 percent of brands plans to follow in the car maker’s footsteps, per WFA.