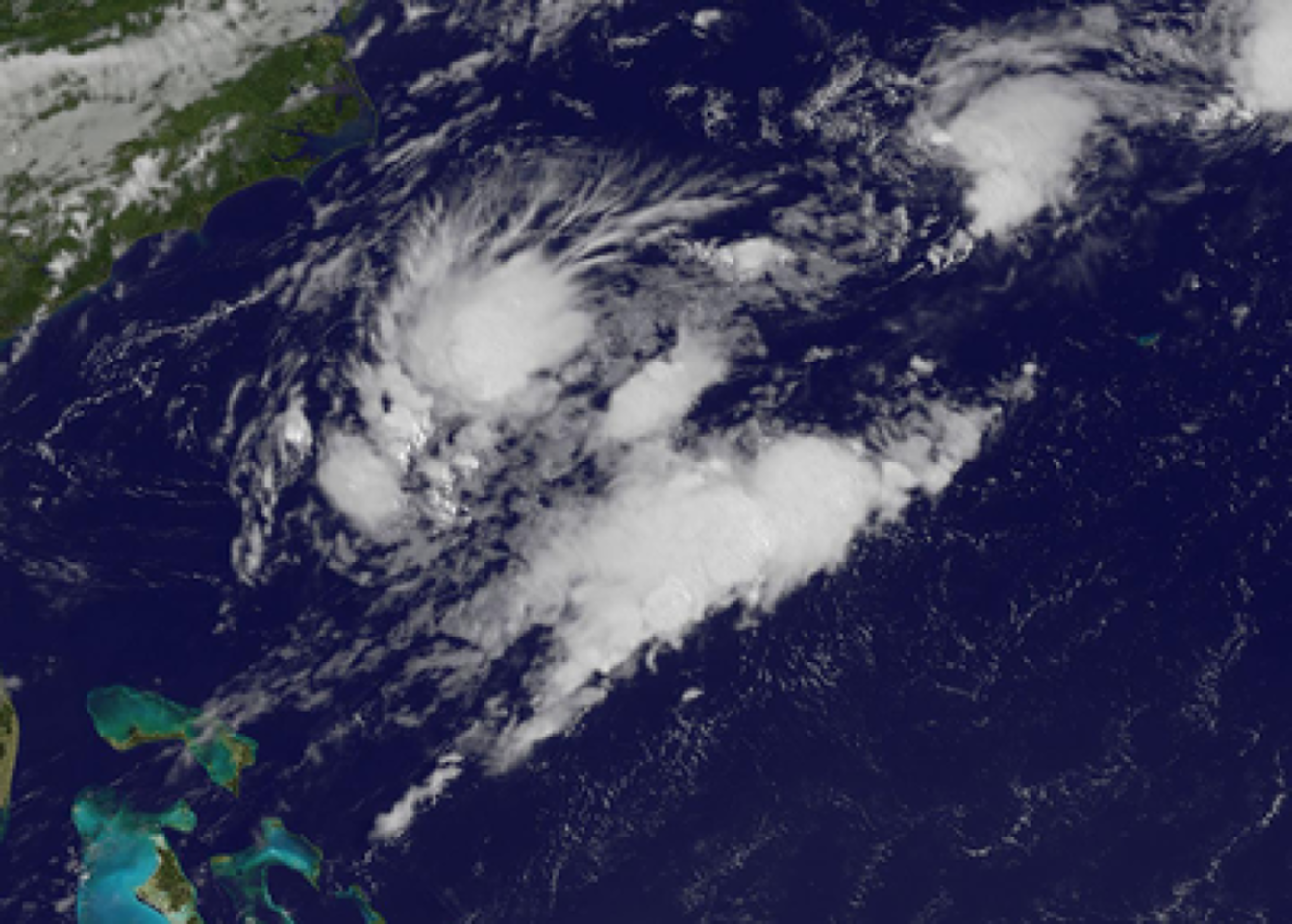 At that time NHC said that the center of Emily had become exposed again and that the system had not produced any organized thunderstorms in the previous 24 hours.

Emily had also become embedded within a frontal zone, and no analysis showed Emily with a warm core.

As a result, Emily had lost the requisite characteristics of a tropical cyclone, and was declared post-tropical.

At that time, Emily was located near 30.9 degrees north latitude and 78.0 degrees west longitude, about 235 miles northeast of Cape Canaveral, Florida.