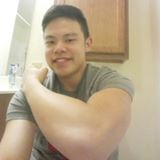 While you could always invest in a digital antenna to watch broadcast stations, the live streaming options for this year’s Emmys are numerous, compared with the 2016 event.

When the Emmys aired on ABC last year, streamers had to authenticate using their cable or satellite TV credentials in order to watch the show live via ABC’s website, iOS app, or Android app.

In addition to Twitter’s Red Carpet coverage via PeopleTV, CBS (which is hosting the 2017 event) is offering a live stream through its own streaming service for cord cutters, CBS All Access.

This service works as an app across major platforms, including iOS, Android, Apple TV, Roku, Chromecast, Fire TV/Stick, Android TV, Windows 10, and gaming consoles including Xbox 360, Xbox One, and PS4.

Plus, the surplus of newer, live TV streaming services are making the Emmys more broadly available to cord cutters than ever before.