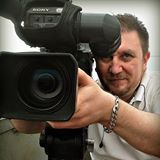 Though the premium gin in the famous blue bottle is a product of the go-go 1980s, the story actually begins in 1761, when a 25-year-old distiller named Thomas Dakin assembled choice botanicals and began making Bombay Dry Gin—what many later considered the first quality gin in the country.

Dakin’s proprietary recipe found its way down though his heirs and, come the mid-20th century, was the one being used to make G Greenall’s Warrington’s Gin.

Bombay Sapphire is actually just one brand in a long line of premium Bombay gins (5), culiminating with the super-premium Star of Bombay, launched in 2015.

Queen Victoria: Popperfoto/Getty Images; All others: Courtesy of Bombay Sapphire