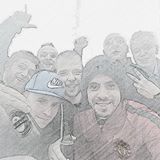 He said he doubted whether Twitter grasped the gravity of the the investigation into Russian election meddling, and fumed to reporters that the company’s presentation to congressional investigators about how Russia used Twitter’s platform to influence the 2016 race was “frankly, inadequate on every level”.

This month he co-authored new legislation that would require internet companies to disclose who purchased online political ads on their platforms, the most aggressive attempt yet to regulate big tech.

“Part of the reason these guys have gotten away with no regulation for 20 years is because they convinced Washington that the industry is too complicated’,” said Jonathan Taplin, author of Move Fast and Break Things: How Facebook, Google, and Amazon Cornered Culture and Undermined Democracy.

He maintains a coterie of friends and confidants in Virginia’s tech world whom he regularly communicates with and is on friendly terms with a number of Silicon Valley executives.

But, as vice-chair of the Senate intelligence committee investigating Russian interference in the US election and studying how to prevent it from happening again in the 2018 congressional midterms, Warner has developed a more aggressive posture toward big tech.