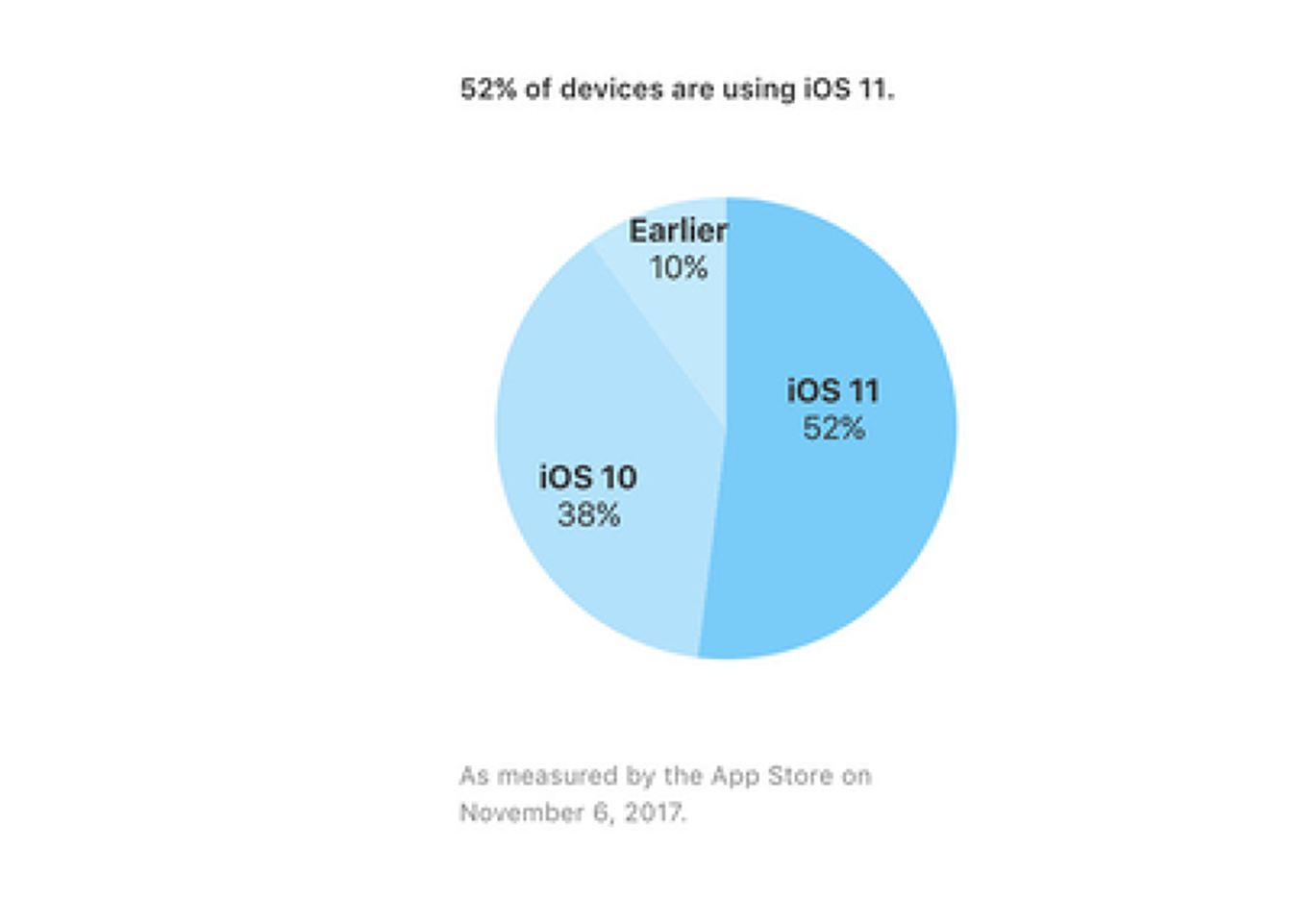 iOS 11, the latest version of Apple’s operating system for its iPhones and iPads, is now installed on 52 percent of iOS devices, according to an update posted to Apple’s App Store support page for developers (via MacRumors).

While that number may seem impressive, iOS 11 is lagging somewhat behind earlier iOS versions.

That’s notable, especially with the comparatively glacial pace that Android O is rolling out to existing devices; Google’s developer portal estimates that roughly 0.2 percent of devices are running Oreo as of October 2nd.

The slower adoption rate for iOS 11 could be attributable to a number of factors: the operating system has been plagued by several bugs early on, which led to a number of smaller updates to fix them, and is also generally viewed as a more iPad-focused update, with fewer new features for the far more numerous iPhones out in the world to entice users to upgrade.