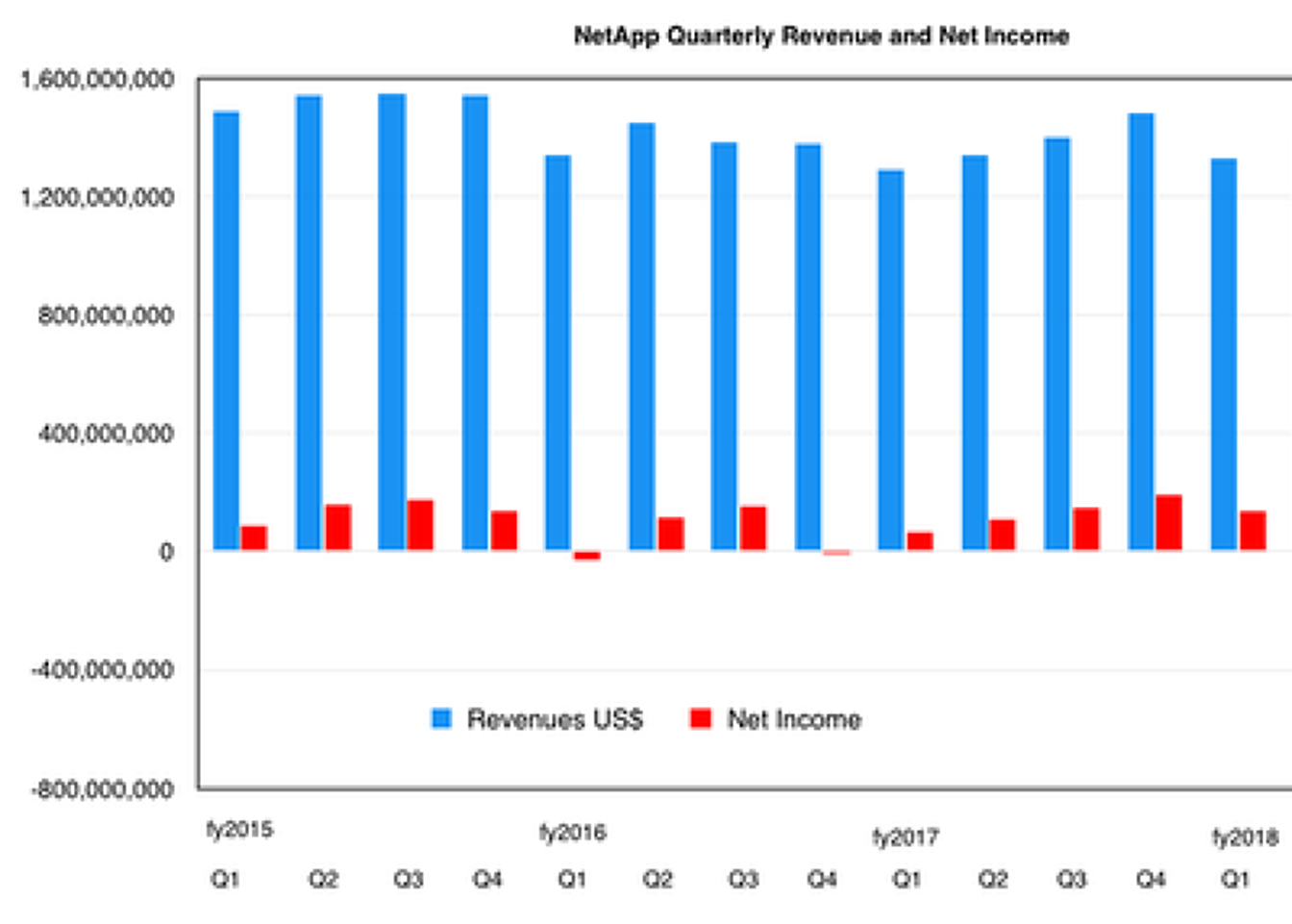 GAAP net income was a loss of $506mn, caused by the recent US tax law changes, with NetApp taking a one-time charge of $856mn.

Non-GAAP Net income of $273mn paints a clearer profit picture, as it is an 18.2 per cent increase on last year's numbers.

Another good indication of NetApp's financial health was free cash flow at 25 per cent of revenue and increased 104 per cent year-over-year.