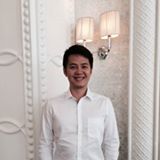 Fresh-from-school pilot fish gets a job as a network administrator in the late 1980s that includes importing data from 9-track tapes to a newfangled relational database -- preferably using Fortran.

"My manager was taught and knew Fortran, so that's what I had to learn," says fish.

"I picked it up and was able to write code to read in the tapes, but it was very painstaking.

"I thought C would be better suited to the task, since it handled character strings better than Fortran, so I went about the task of teaching myself C. I thought, what better way to do it than to also learn low-level graphics programming for our Unix workstations?

"My 'learning project' ended up being a little program that cleared the display buffer to black and displayed a large red flashing banner at the top and bottom of the screen, stating that the computer hard drive would be erased if the user did not call the displayed phone number before a five-minute countdown timer expired.

"I placed the program on our admin's computer and replaced a commonly used command with it, and waited.