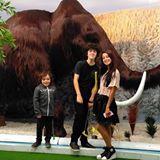 We’re just a few months out from the release of Jurassic World: Fallen Kingdom, and like any big blockbuster movie, there’s going to be a video game tie-in.

For the first Jurassic World we saw a few different mobile games, but this time around, we’re getting something a little more serious: Jurassic World Evolution, a park builder that’s coming later this year to Xbox One, PlayStation 4, and PC.

At this point, we don’t know a whole lot about Jurassic World Evolution.

It’s being made by the folks at Frontier Developments, the studio behind Planet Coaster, so the title is in the hands of people who know how to make a good theme park game.

Jurassic World Evolution will task the player with creating their own Jurassic World, from bringing dinosaurs back to life and even engineering new ones like the Indominus Rex we saw in the first Jurassic World movie.

Today we’re learning something new about Jurassic World Evolution, as Frontier has announced that Jeff Goldblum will reprise his role as Dr. Ian Malcolm for the game.