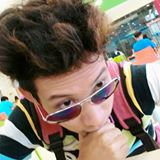 Christmas has come extremely early for Xbox One owners.

April might be almost over but fans will probably forgive Microsoft for still calling it the April Update.

Especially considering the loads of gifts that Microsoft has just dumped on them in one swoop.

Plus, to show that’s very happy to play nice with other services, the Xbox is getting preliminary support for the most popular gamers’ chat platform around: Discord.

We could start with the most important aspect: visuals.

After all, video games are primarily visual forms of entertainment.