Stephen Hawking's final paper cuts the multiverse down to size 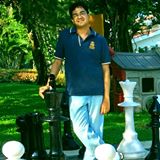 Stephen Hawking's final paper, which aims to test a theory that proposes parallel universes, appeared today (May 2) in the Journal of High Energy Physics.

As Live Science reported at length in March, before the paper was peer-reviewed and officially published, it shares Hawking's final look at one of his earliest theories, the so-called "no-boundary proposal."

Hawking and his co-author, Thomas Hertog, a physicist at the Catholic University of Leuven in Belgium, attempted to resolve thorny questions regarding the multiverse, or the idea that many universes exist side by side.

Hertog called their conclusions a "departure" from the "no-boundary proposal" as Hawking originally presented it.

Scientists later determined that this proposal implied something strange: that the multiverse is infinite, with endless, uncountable parallel universes existing alongside our own, Live Science previously reported.