Report: A DNA Testing Company Could Not Tell the Difference Between Human and Dog DNA 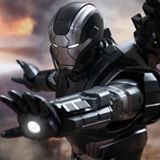 Dog may be man’s best friend, and even genetically similar to humans, to boot, but there are enough key differences that it shouldn’t be too hard to distinguish between human and doggy DNA.

And yet, an investigation into home DNA testing kits by NBC Chicago found that at least one DNA testing company could not distinguish between the two.

As part of an investigation into the accuracy of home testing kits, NBC Chicago sent in the DNA of Bailey, a Labrador retriever, to several companies.

Most companies reported back that the DNA was unreadable.

But one, Orig3n, “failed to note that Bailey was not human,” the network said.

Orig3n sells lifestyle DNA tests that purport to give consumers advice on things like diet and exercise.