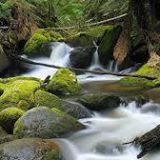 I had to take a home sleep study years ago that used a fair number of wires to determine I had apnea in the first place.

SleepScore, a company co-founded by CPAP manufacturer ResMed, just released a free phone app that measures your sleep through sound waves through the phone's speaker.

The app measures sleep duration, the time it takes you to fall asleep, light sleep, deep sleep, REM sleep and wake time -- much like many sleep tracking fitness bands including the Fitbit Versa.