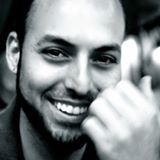 Apple ceo Tim Cook has, in an earlier interim report had announced that Apple Pay would be launched in Poland, Ukraine and Norway in 2018.

on Monday it was time for the former country, where the payment service was rolled out in all the eight banks.

This writes the Polish site Thinkapple.

Today, there are Apple Pay in 20 countries and requires a Apple Watch of any model or an Iphone 6 or later.