Yes, ‘Gears 5’ is the full title of The Coalition’s latest shooter 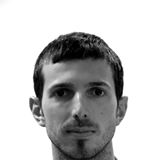 We assumed this was a shortened marketing name made for social media sharing, but according to studio head Rod Fergusson, that isn’t the case.

Responding to IGN editor Ryan McCaffrey on Twitter, Fergusson clarified that the full title of the game will be Gears 5.

“That is what’s going to be on the box,” Fergusson added.

All previous Gears of War games, including prequel Judgment, used the franchise’s full name instead of just “Gears.” Fergusson emphasized that the name of the series as a whole is still “Gears of War,” but with the upcoming launch of Gears Pop for mobile and Gears Tactics for PC, it made more sense to shorten the next main entry, as well.

We’re not really sure two extra words would matter that much in the scheme of things, but the name change shouldn’t come as too much of a surprise.