NASA catches a view of a fading Tropical Cyclone Daniel 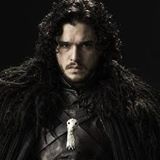 Tropical Storm Daniel was weakening when NASA's Terra satellite passed overhead on June 24 and by June 26 the storm degenerated into a remnant low pressure area.

On June 24, the Moderate Resolution Imaging Spectroradiometer or MODIS instrument aboard NASA's Terra satellite captured a visible image of Tropical Storm Daniel at 2:30 p.m. EDT (1830 UTC), when it was off the west coast of Mexico.

The image showed a small, concentrated area of strong storms around the center of circulation with bands of thunderstorms feeding into the center.

Two and a half hours later, the National Hurricane Center noted "Daniel continues to generate a curved band of convection near the center, although the cloud tops have warmed notably during the past several hours."

At that time, the center of Post-Tropical Cyclone Daniel was located near latitude 20.0 degrees north and longitude 120.2 degrees west.