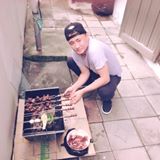 Mozilla’s ‘“Common Voice” project, which asks users to donate their voices in order to create a bank of speech data to run machine learning algorithms, has gone multilingual.

It is now accepting donations in German, French and Welsh, with acceptance of speech samples in languages ranging from Cornish to Tamil, Uzbek to Sakha all pending.

The open source giant wants the project to be “a tool for any community to make speech technology available in their own language”.

Mozilla is building out a bank of data by asking users from around the globe to donate their voices via their voice contribution platform.

Daniel Slye
Related Articles
WHO TO FOLLOW
MORE FROM AUTHOR