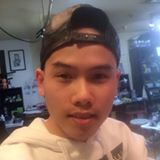 The Securities and Exchange Commission on Monday said it had settled a case against Michael Rothenberg, a San Francisco venture capitalist the agency says misused millions of dollars of investors' money.

Rothenberg, 34, overcharged people investing in his funds, using the additional cash for his own projects, including a virtual reality production company, the SEC said.

The money was also used to pay for fancy functions and parties, the agency, said.

"Rothenberg and his firm misappropriated millions of dollars from the funds, including an estimated $7 million of excess fees, which Rothenberg used to support personal business ventures he claimed were self-funded and to pay for private parties and events at high-end resorts and Bay Area sporting arenas," the SEC said in a statement.

Contacted by phone, Rothenberg didn't admit or deny the charges.

Eddie Cox
Related Articles
WHO TO FOLLOW
MORE FROM AUTHOR