Windows 10 will soon show you your phone's text messages 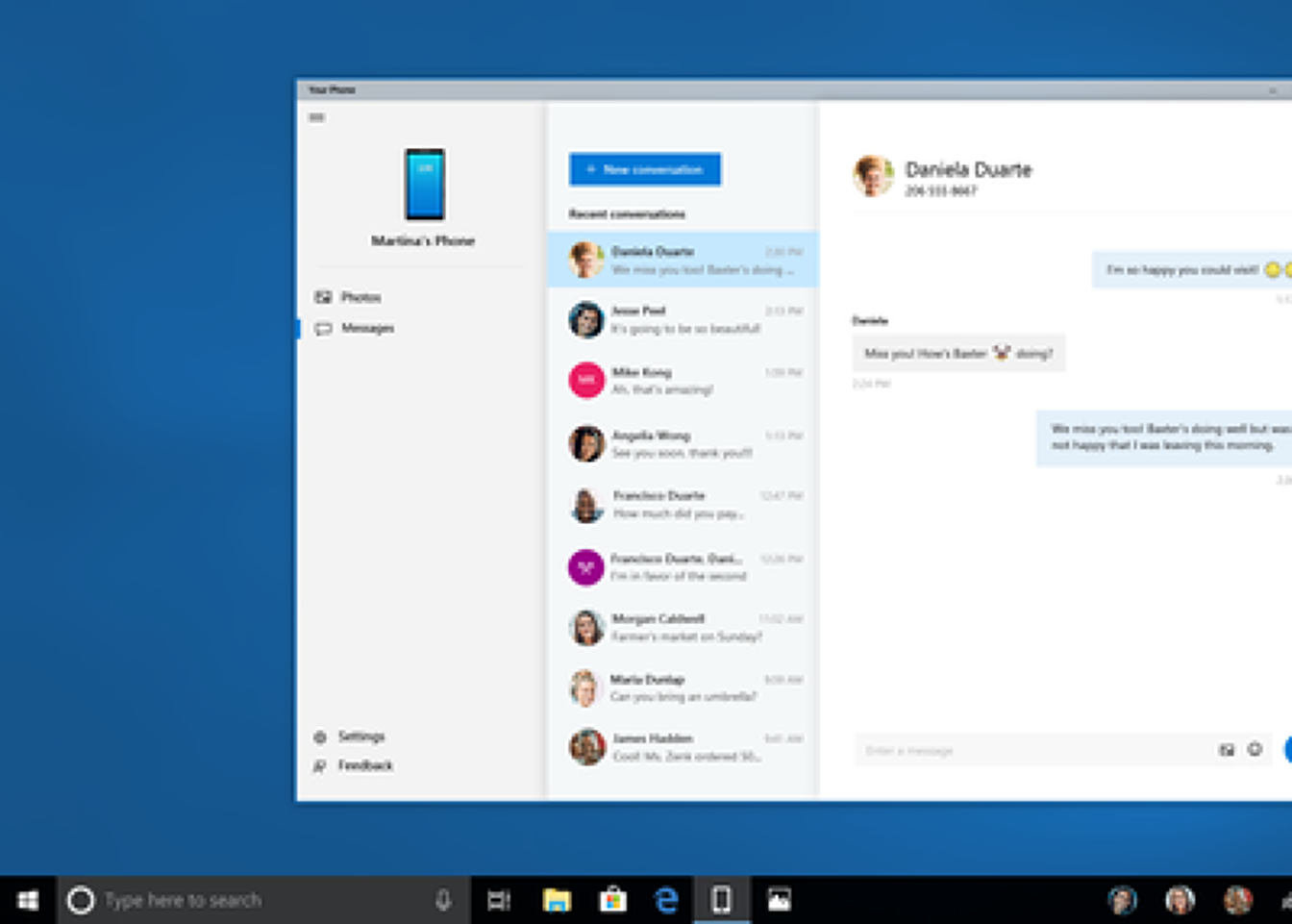 Soon you'll be able to send and receive texts from your Windows 10 device without taking your phone out of your pocket.

Microsoft is rolling out Your Phone for Windows 10, which lets you send and receive texts from your Android phone, on your computer.

Your Phone was first unveiled at Microsoft Build in May, and the company announced on Friday that it's now rolling out to Windows 10 Insiders.

This may mean it'll be released to the public with the Windows 10 October 2018 Update coming in a few weeks, reports Windows Central.

Microsoft isn't the first to let you send texts from your computer.

Apple's iMessages lets you send messages from your iPhone and Mac interchangeably, and Google's Messages for Web works similarly for Android phones, but the dedicated Your Phone app acts as a hub for sending and receiving texts on your Windows 10 device.