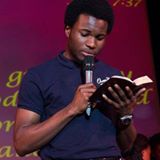 The panel was announced as much of the focus on Saudi Arabia turns towards the fate of a Saudi dissident who disappeared after entering the Saudi consulate in Istanbul.

An array of high-profile business and technology leaders, including senior executives from Google and Apple were named to a new advisory board for the Saudi Arabian government on Tuesday, even as controversy swirls over the disappearance of a dissident Saudi journalist.

On Tuesday, the Saudi news outlet Argaam reported that Neom — a $500 billion megacity project being built by the country — has formed a new 19-member advisory board.