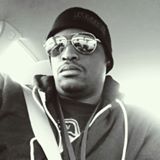 For the first time, Facebook has agreed to allow French regulators to work closely with the company as a way to monitor what actions it's taking to combat hate speech.

If necessary, France could impose further regulations on the social media giant.

In a French-language speech before the Internet Governance Forum held in Paris on Monday, French President Emmanuel Macron said that the two sides would work together for six months starting in early 2019 to come up with "joint, precise, and concrete" proposals that both Menlo Park and Paris could agree with.

"There's a Californian Internet and a Chinese Internet," he explained, urging those in attendance to seek a middle-ground "European" model.

In a 49-minute address, Macron outlined what he meant and encouraged private companies to collaborate with government to codify this in regulations.

James Kiley
Related Articles
WHO TO FOLLOW
MORE FROM AUTHOR